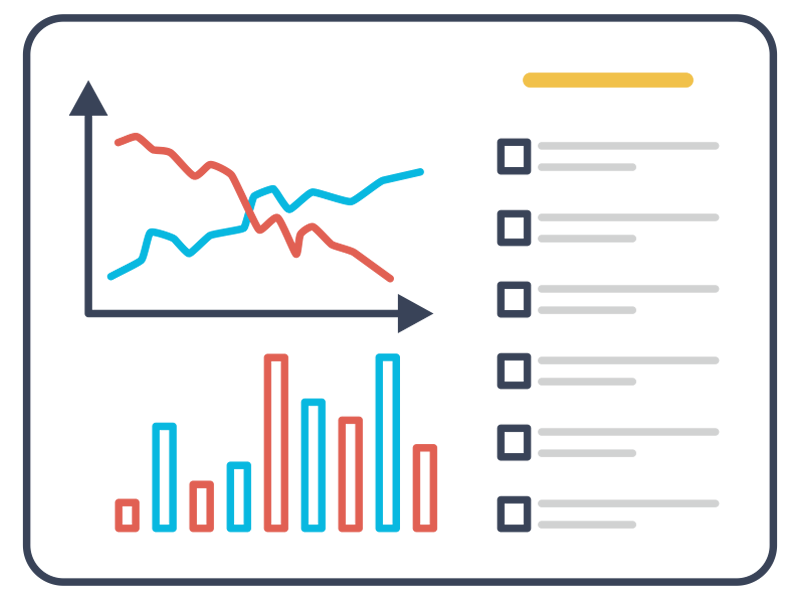 This is a sample technical analysis report for the Baltic Dry Index, from our Seametrix✚  module.

1) Chart Overview: This Chart shows the price fluctuations of the Baltic Dry Index since 1985. Due to the very long time span shown on our chart, we have used a Logarithmic price scale in order to easier understand and identify the Index’s relative performance throughout the years. 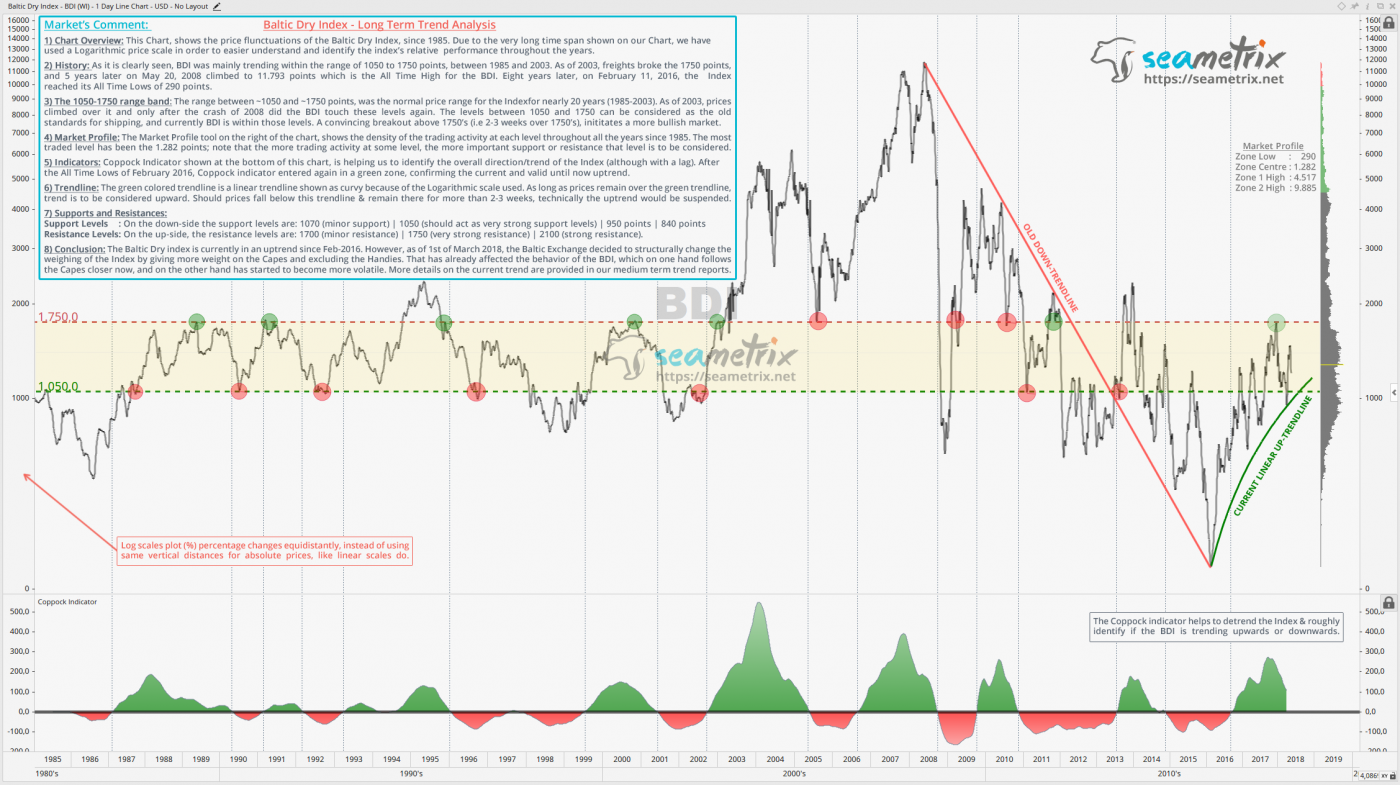 5) Indicators:
The Coppock Indicator shown at the bottom of this chart helps us identify the overall direction/trend of the Index (although with a lag). After the All Time Lows of February 2016, the Coppock indicator entered again in a green zone, confirming the current and valid until now uptrend.

6) Trend-line: The green colored trendline is a linear trendline, shown as curvy because of the Logarithmic scale used. As long as prices remain over the green trendline, the trend is considered as upward. Should prices fall below the trendline and remain there for over 2-3 weeks, technically the uptrend would be suspended.

8) Conclusion: The Baltic Dry index is currently in an uptrend since Feb-2016. However, as of the 1st of March 2018, the Baltic Exchange decided to structurally change the weighing of the Index by giving more weight on the Capes and excluding the Handies. That has already affected the behavior of the of the BDI, which on one hand follows the Capes closer now, and on the other hand has started to become more volatile. More details on the current trend are provided in our regularly updated short and medium term reports of Seametrix✚.